President Obama signed into a law a package of tax credits including the one for wood and pellet stoves.  The stove credit is for $ 300 for stoves purchased between Jan. 1, 2014 and Dec. 31 2014, making it almost entirely a retroactive “incentive.”
To take the credit, taxpayers need to use IRS Form 5695. A biomass stove purchase would be claimed in line 22a of form 5695. The form can be confusing because it never specifies biomass heating equipment, even though its included in the tax break.  Taxpayers do not have submit receipts with their taxes.  They just have to keep the sales receipt and the declaration from the manufacturer stating the stove is eligible, in their records.

There is a $ 500 limit is a lifetime limit for all energy efficiency property, including insulation, doors,
windows or other wood or pellet stoves. So, if a taxpayer has claimed $ 300 in previous years, for example, they could only claim $ 200 on the 2014 taxes for a qualifying stove.

The tax credit can also apply to wood and pellet boilers.  For outdoor boilers, check this EPA list for efficiency levels. Of the 39 qualified outdoor wood and pellet boilers on the list, only 13 appear to qualify for the tax credit.  (Industry uses the European lower heating value (LHV) to qualify for the tax credit, but American HVAC products use the higher heating value (HHV).  The EPA list uses HHV values and anything on the EPA list that is under 68% efficiency HHV, is not likely to be 75% LHV. If a manufacturer, claims a unit on this list qualifies for the tax credit, but has no efficiency rating or is listed at 67% or lower, you may want to contact the EPA to confirm.)

Since this is almost entirely retroactive, stove retailers may want to contact customers from 2014 and notify them that they may now be eligible for the tax credit.
The credit is available to qualifying stoves that are 75% efficient or greater.  Industry used a loophole so that virtually every EPA certified wood stove, and every pellet stove (certified and uncertified) qualifies as 75% efficient.  Stove manufacturers were allowed to self-certify their efficiency, using a variety of efficiency calculations and choosing whichever test came out highest.  For more on this topic, click here.
Other heating and cooling equipment had far stricter qualification standards to ensure that consumers got a tax credit for a genuinely more efficient appliance or item.  With pellet stoves especially, consumers could have bought a 55% efficient stove, but calculated their fuel savings at 75%, based on manufacturers assurances. Experts believe that 75% (LHV) may be about the average efficiency of a wood or pellet stove.  Despite claims from industry and many other source, pellet stoves are not necessarily any more efficient than wood stoves. 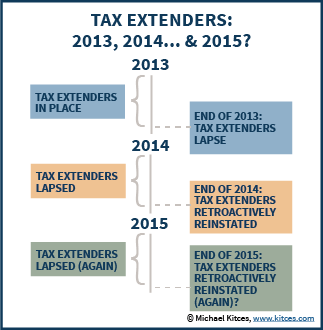 Natural gas, propane, or oil furnace or hot water boiler with an annual fuel utilization (AFUE) rate of 95 or greater: $ 150
Split system air source heat pump that meets or exceeds 15 SEER/12.5 EER/8.5 HSPF: $ 300
Split system central air conditioner that meets or exceeds 16 SEER and 13 EER: $ 300
Natural gas, propane, or oil water heater which has either an energy factor of at least 0.82 or a thermal efficiency of at least 90 percent: $ 300
Electric heat pump water heater with an energy factor (EF) of at least 2.0: $ 300
The 2014 tax break cost taxpayers about $ 42 billion.  The tax credit for stoves alone is not likely to cost more than $ 50 million and that’s if a majority of people who bought stoves learn about the credit and take it on their tax return.
By re-enacting the extenders only for 2014, lawmakers have effectively forced themselves to consider the temporary breaks again next year and have opened the door to ending or refashioning some.  Experts say it is highly unlikely that the current batch of tax credits will be extended again in 2015, but some other legislation will be crafted that will selectively extend some, possibly permanently, but at least for multiple years.

While re-instating the tax credits helps many homeowners and businesses, simply extending them to the end of the year offers little certainty going forward for various clean energy sectors.  For the stove manufacturers, the tax credit can give a small boost to sales but the production tax credits for the wind  industry can be vital to whether large scale projects move forward or not.